Tanisha is an award-winning writer, cultural critic, and Professor of History at The Graduate Center, CUNY. Her commitment to social justice and communities of color is evident in everything she produces.

Tanisha C. Ford is an accomplished writer, researcher, and cultural critic—working at the intersection of politics and culture. She has forged an international reputation for her groundbreaking research on the history of Black style/fashion and social movements. Tanisha has been honored as one of The Root's 100 Most Influential African Americans. She is currently Professor of History at The Graduate Center, CUNY, where she teaches courses on African American and African diaspora history, biography and memoir, and the geopolitics of fashion. And, she is also a co-founder and the director of TEXTURES, a pop-up material culture lab, studying global Black migration through objects.

Her most recent book, Dressed in Dreams: A Black Girl’s Love Letter to the Power of Fashion, was named to several must-read lists, including the Philadelphia Inquirer’s Big Summer Books of 2019; Bitch Media’s 15 Nonfiction Books Feminists Should Read; and Essence’s 10 Summer Reads, and it was the runner-up for the Popular Culture Association’s Henry Shaw and Katrina Hazzard-Donald Award for Outstanding Work in African-American Popular Culture.

Tanisha is also the author of Liberated Threads: Black Women, Style, and the Global Politics of Soul, which won the 2016 Organization of American Historians’ Liberty Legacy Foundation Award for best book on civil rights history. She is co-author (with Kwame Brathwaite and Deborah Willis) of the visually stunning Kwame Brathwaite: Black is Beautiful.

She is currently writing a book, tentatively titled Our Secret Society: America's Forgotten Black Power Brokers. The book explores how and why Black women raised millions of dollars for various Black Freedom movement organizations by hosting galas, art auctions, fashion shows, and beauty pageants. The book forces us to rethink the ways that we define philanthropy in America, who we consider "generous," and the political wars over fundraising that persist today. HarpersBazaar.com published a story derived from this new project. You can read it here. In connection with the research, Tanisha was appointed Smithsonian Research Associate at the National Museum of American History. In this role, she will be a part of a team of curators and scholars embarking on a multi-year African American Fundraising Collecting Initiative.

A native of a small Midwestern city, Tanisha enjoys researching the histories of often-overlooked people and places. Her work centers on social movement history, philanthropy and the cultural politics of money, Black feminism(s), material culture, the built environment, black life in the Rust Belt, girlhood studies, and fashion and body politics. Ford makes connections between the past and the present in ways that shed refreshing new light on contemporary cultural and political issues. Her scholarship has been published in the Journal of Southern History, NKA: Journal of Contemporary African Art, The Black Scholar, and QED: A Journal in GLBTQ Worldmaking. Ford writes regularly for public audiences—with feature stories, cultural criticism, and profiles in: the New York Times, the Atlantic, ELLE, Harper's Bazaar,The Root, Aperture, Bitch Media, and The Feminist Wire.

Her research has been supported by prestigious institutions such as the Institute for Advanced Study (Princeton, NJ), Harvard Radcliffe Institute, Smithsonian Museum of American History, Andrew W. Mellon Foundation, Ford Foundation, Schomburg Center for Research in Black Culture, University of London’s School of Advanced Study, and the Center for Black Music Research, among others.

In 2011, Tanisha earned a Ph.D. in twentieth-century U.S. history from Indiana University-Bloomington (with distinction). She spent the 2011-2012 academic year as the Du Bois-Mandela-Rodney postdoctoral fellow in the University of Michigan’s Department of Afroamerican and African Studies before embarking on the tenure track in fall 2012. Before joining the Grad Center faculty, she held faculty positions in Women’s, Gender, Sexuality Studies at the University of Massachusetts-Amherst and in the University of Delaware’s departments of Africana Studies and History, where she was hired as part of a material culture studies initiative. In 2016, Tanisha was promoted to associate professor, with tenure. And, in fall 2019, she was promoted to full professor—joining the woefully small cadre of Black women who have achieved this rank in her profession (a reality she's committed to changing). Tanisha lives in Harlem.

I wrote and illustrated my first story when I was seven years old. I remember the thrill of realizing I could imagine worlds and bring them to life on the page. What a feeling of freedom for a black girl growing up in a highly-segregated Midwestern city. The experience awakened in me a passion for storytelling, for black worldmaking. In college, I chose to major in English Literature and Africana Studies. It was there that I fell in love with the writing of Audre Lorde, James Baldwin, Jamaica Kincaid, Toni Morrison, Jessica Hagedorn, Edwidge Danticat, Joan Morgan, Greg Tate, and many others. I learned to appreciate the intellectual gymnastics of post-colonial theory. I studied modern dance and performed with a traveling dance company. But, more than anything, I came to see how my jazz-loving father and dress-designing mother gave me the gift of the arts, grounding me in a sense of self and community, long before I stepped on campus. After college, I decided to pursue an M.A. in Afro-American Studies and then a Ph.D. in U.S. History. I've spent many. . .many years in school, for sure. Along my intellectual journey, my love of creative writing and analyzing the cultures that animate our world has never died. Writing books is challenging, but something in me can’t resist showing up to the page. I’m hard at work on my next book project, Our Secret Society: America’s Forgotten Black Power Brokers, which explores the lives of Black women who raised millions of dollars for social justice causes. In this season, I’m also venturing into television production and screenwriting. I want to learn how to bring my style of rich, textured storytelling to the small screen. I am excited to create content that centers the lives of complicated, often marginalized black women and femmes. 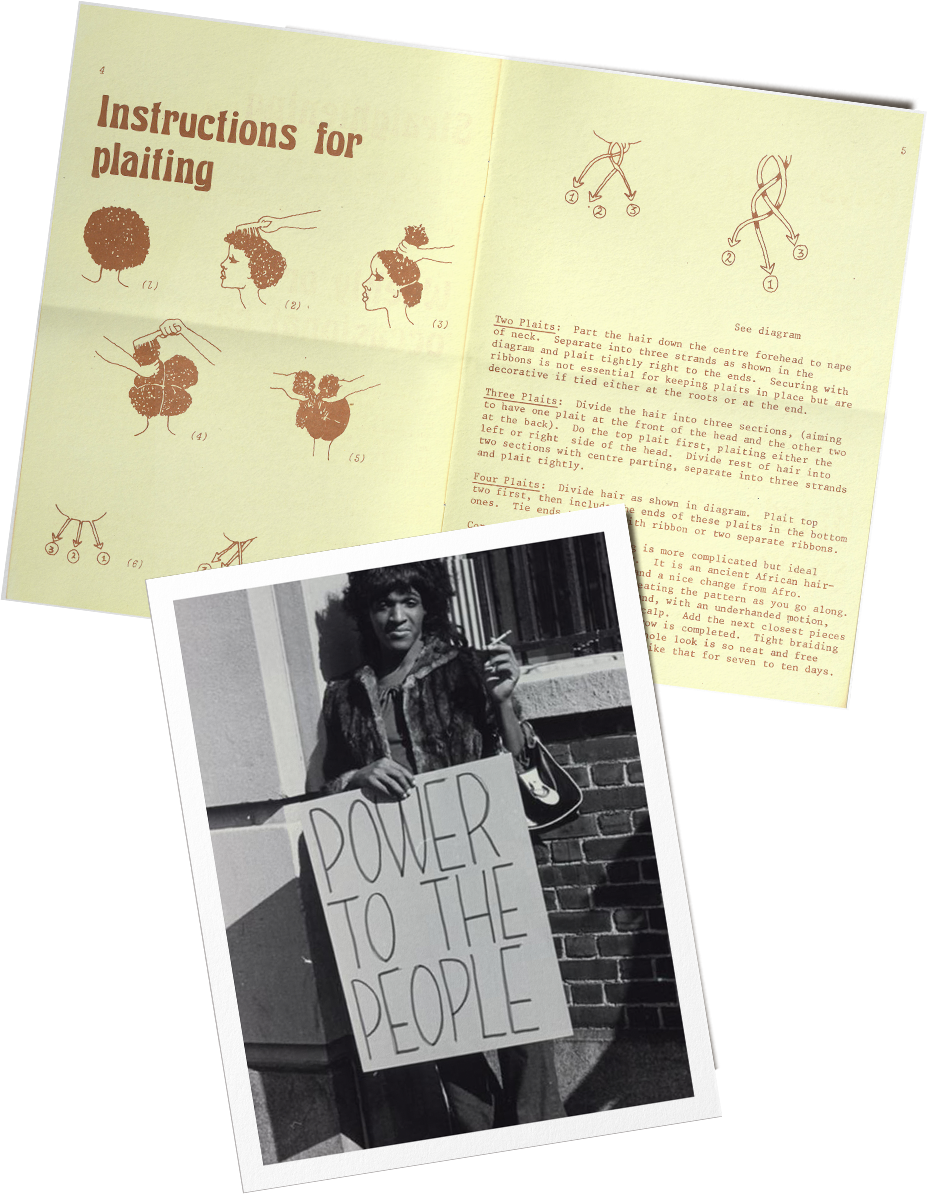 Tanisha cares deeply about engaging directly with Black and brown communities, primarily in the United States but also in other parts of the African Diaspora. As a self-professed community historian, she enjoys working with families, communities, and organizations to document, archive, and curate local histories.

She started this work in 2009, when she was living in London as a dissertation fellow at the University of London’s School of Advanced Studies. She was inspired by the Remembering Olive Collective (ROC), a group of radical feminists of color from around the world with whom she worked to preserve the personal papers and public legacy of Jamaican-born activist Olive Morris. Tanisha served as co-editor of the volume Do You Remember Olive Morris?, a collection of original essays and primary source material on Black Power and Black feminism in the UK. The book was distributed to schools across South London to encourage the teaching of Black British history. Tanisha has borrowed from ROC’s model and from others, including Drusilla Dunjee Houston, Dorothy Porter Wesley, and the Combahee River Collective, in fashioning her own ethics of community engagement. Through TEXTURES, Tanisha and her research team are launching an oral history project on Black migration to the Midwest in the World War II era. 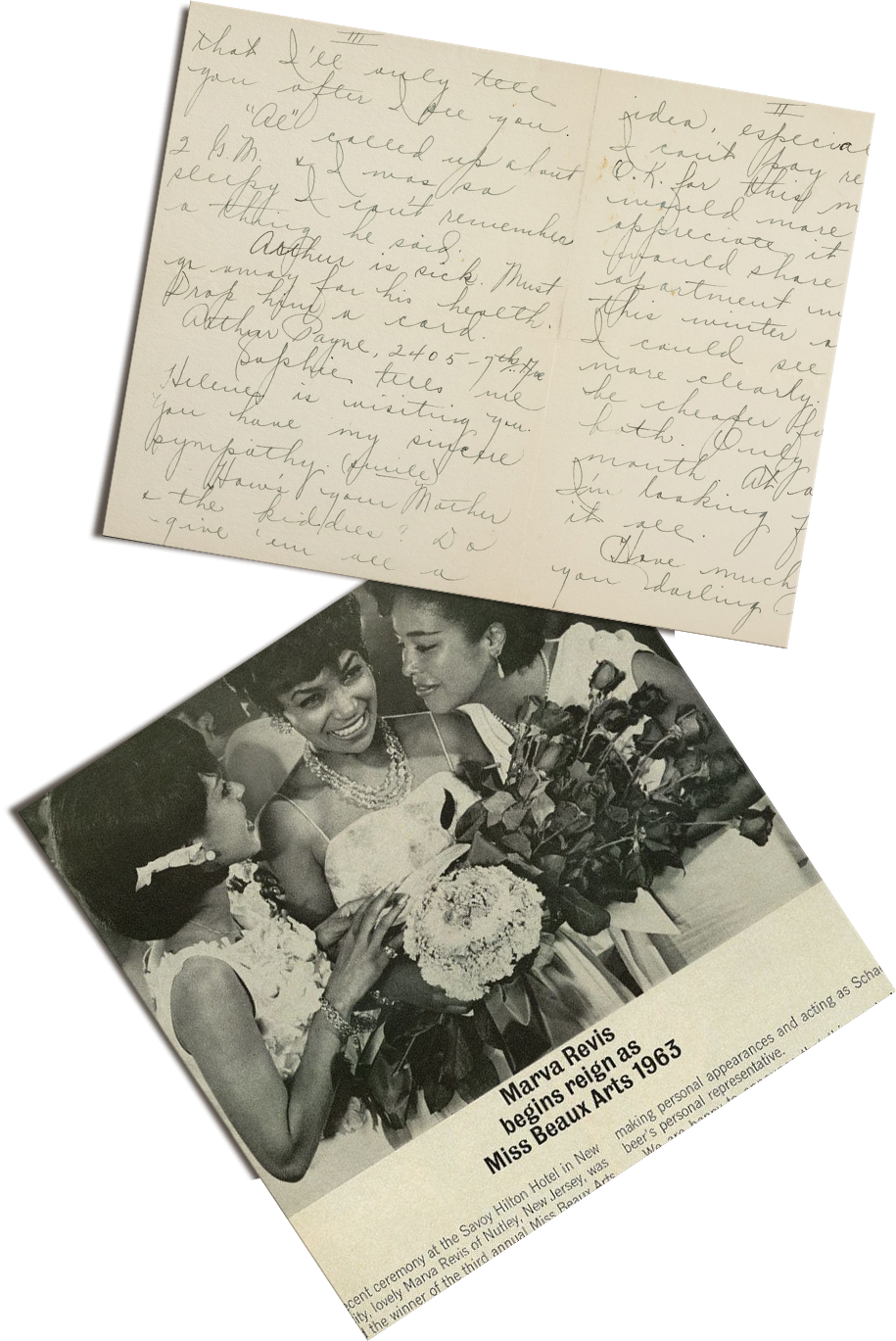 Tanisha's writing and cultural commentary have been featured in diverse media outlets including:

Tanisha is regularly invited to give lectures and serve as a roundtable discussant at universities and cultural institutions around the world including: Brooklyn Museum, Whitney Museum of American Art, Apollo Theater, The Studio Museum in Harlem, Schomburg Center for Research in Black Culture, Museum of the City of New York, Institute of Contemporary Art (Boston), Houston Center for Photography, Museum of the African Diaspora (San Francisco), National Arts Club (NYC), Parson’s The New School for Design, Ritsumeikan University (Kyoto), New York University-Abu Dhabi, The Volkswagen Foundation (Hannover, Germany), Black Europe Summer School (Amsterdam), and the Courtauld Institute of Art (London). Her lectures take audiences on a roller coaster ride of emotions, as she weaves together obscure stories of America’s Jim Crow past with the stories ripped from the latest news headlines.